The AWARDs for Your Innovations

Enter your innovations for the AWARDs and stand out as an Energy Game Changer!

The smarter E innovation hub presents technologies, solutions and business models for the new energy world – and honors pioneers and innovators in the energy sector for the inval-uable contribution they make to the industry and society as a whole. 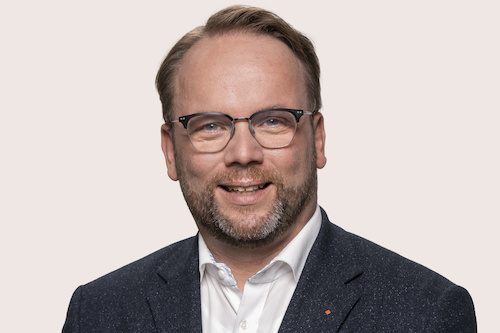 Interview with Timon Gremmels (German Social Democratic Party - SPD), member of the Committee on Climate Action and Energy as well as Energy Policy Coordinator of the SPD in parliament, at the Forum Neue Energiewelt, the most important meeting place for the successful transformation of the energy system, in Berlin on September 14, 2022.

The debate “Freiheitsenergien = Sicherheit, Wohlstand, Klimaschutz” (Freedom Energies = Security, Prosperity, Climate Protection) kicked off the Forum Neue Energiewelt on September 14, 2022 we wanted to know from Timon Gremmels just how free deploying more photovoltaics would really make us, and what the German government is doing and planning to get there as quickly as possible.

What is at the core of the current government’s Energy Transition Strategy? How exactly are you planning to deploy more photovoltaics?

Our coalition agreement, which was concluded before Russia attacked Ukraine, clearly contains a considerable commitment to expanding renewable energies. We were convinced that this is the only way to become climate-neutral by 2045 and to increase the share of renewable electricity to 80% by 2030. We won’t achieve this unless we pick up the pace now. This is why our Easter Package laid an essential foundation for the expansion of renewable energies to be prioritized by enshrining this into planning law, i.e. when balancing the interests of different resources worthy of protection, then the deployment of more renewable sources of energy takes priority. This is a crucial aspect that will accelerate the expansion, including the expansion targets for specific sectors, such as an additional deployment of up to 22 gigawatts in photovoltaics. We need to be careful that the current energy crisis does not cause fossil fuel lock-in effects. For example, that import terminals for natural gas and liquid gas or extending the life time of coal-fired plants don’t threaten our climate targets again. So even in the current crisis we must leverage the potential of renewable energies and make the most of them.

The Renewable Energy Sources Act (EEG) has just been amended. What else is planned to speed up the expansion as much as possible and to stick to schedules?

The Easter Package has paved the way for a number of things: We will open up more land. We will leverage the hard shoulders on federal highways more. There have been definite improvements for agricultural PV, and it has become easier to combine partial and full feed-in options. We have also increased the tariffs for roof-mounted systems outside of tenders. Two things still need to happen: firstly, the mandatory installation of PV systems on non-residential buildings, something we also included in the coalition agreement. Secondly, we should focus more on so-called “tenant power” models, where we have seen some improvement but still need fundamental changes for tenants to be able to benefit from photovoltaics. This is essential, and we need to do something quickly, just as we do with the mandatory PV installations.

At the Forum Neue Energiewelt, there was a debate about “freedom energies”. To what extent do renewable energies and photovoltaics really qualify as freedom energies when there is clearly great dependence on China along the supply chains?

You need to understand the term “freedom energies” as referring to the fact that we will no longer have to burn natural resources in future, meaning we won’t have to import them anymore: no uranium, no coal, no gas. In future, we will generate renewable energy completely in Germany – at least this is our goal. However, what is indeed a problem are the installations we want to build. Currently, we heavily rely on materials from Asia, which is why we need a clear industrial strategy for renewable energies. We want to boost the market for renewable energies in Germany and reinforce our production role within Europe – and we want to do that because we believe that it will secure good jobs in the long run. Especially right now, we need to ensure that Germany doesn´t fall behind. What we need to do is strengthen Germany’s position as a center of industrial excellence in terms of production, the manufacturing of, for example, inverters, or solar modules, or wind turbines.

This includes ensuring that modules will also be produced in Europe again. And there are providers. Last week, I visited Meyer Burger in Freiberg in Saxony where I could witness first-hand that it is now possible to manufacture solar modules in Germany economically. And that means that Asia is not automatically cheaper when it comes to production. They also have their problems, for example when a new Covid-19 wave hits and cities are locked down and can no longer export. What’s more, costs – including transport and logistics costs – have also increased dramatically, while in Germany we can produce modules at reasonable prices. Companies like that need to grow, and we need to help them expand. The same goes for heat pumps, where we also want to produce in Germany as much as possible – especially in combination with photovoltaics, which really unlocks the full potential of heat pumps. So it would be important that these installations are also produced in Germany. This is why the industrial policy strategies of Germany and Europe need to continue to strive in that direction.

So the first step to now strengthen PV production in Germany and Europe would be to create a strategy or to provide targeted support to companies such as Meyer Burger who have already taken action? What is the approach?

In my opinion, this needs to be integrated into an overall strategy. We don’t have the time now to write lengthy strategy papers. Everything is already on the market: strategy papers and concepts. We need to commit to this key technology, both in Germany and in the European Union, especially now given Biden’s decisions in the USA and looking at the Asian market (Editor's note: U.S. President Biden passed the Clean Energy Act in August 2022, which provides comprehensive investment and tax credits in low-emission forms of energy in the U.S.). Because this is a central issue for the future: How are we going to produce energy? How can be become independent from despots such as Putin? We would become independent of that, which is why it is so important in the long run that we focus on this. While in the short term, we need to find a solution to the energy crisis, we need to be working out long-term strategies at the same time. And the only way we can do that is by making the European Union independent and by strengthening key technologies and establishing them in Europe.

So what is the short-term plan to increase European PV production as quickly as possible?

Of course we need to look at the options the governments have, including existing subsidy policies, to support solar companies and help them grow. What can lending banks, such as KfW and EIB, the European Investment Bank, do? It would be good to set up a roundtable that brings together policy-makers, economists and scientists to discuss the matter.

What do you see as the greatest obstacles or challenges regarding the expansion of photovoltaics in Germany?

My electoral district is home to a big inverter manufacturer who publicly claimed that his turnover could have been 25% higher last year. However, the supply chain issues in connection with semiconductors made this impossible. It is a top priority to also boost semiconductor production in Europe. That’s why it is good that Intel is setting up a factory near Magdeburg to be completed by 2025. This is something we need more of: diversifying our supply chains and not completely relying on the Asian market. Again, we need to consider: How can we get something like this back? At the same time, we need workers. When I speak to the people in my electoral district, I often hear, “We just don’t have enough staff”. And there is also competition. This is why we need to see how we can qualify people, especially for the combination of inverters, heat pumps, residential storage systems and e-mobility. We need to qualify and train specialists and also offer further training. This is a problem. And we need to support the many great plans that companies already have for deploying more photovoltaics, so we accelerate implementation, so that a solar park that has been fully planned out can be built quickly and connected to the grid. In this context, we need to speed up some processes in connection with planning law, but also the commissioning and approval of installations. This often takes way too long.

The energy crisis is being discussed at European level. When will we get to the point where we can talk about a “European Energy Union”? Plans to cooperate more in terms of energy policies seem to not really have taken off yet.

The issue of how to ensure energy supply is not something nation states can solve. France has committed to nuclear energy. Who knows, if this had been a European-wide regulation, Germany might never have turned to renewable sources of energy, might never have created the Renewable Energy Act, might never have seen this absolute breakthrough with renewable energies share at around 50% of the electricity mix. This is with hindsight. But looking towards the future I want to say that it is important that Europe discusses and coordinates efforts. Just look at how many hours of sun Spain gets, or the role hydropower plays in Scandinavia. The backgrounds are very different. I believe that this is the best way to approach the energy transition. I’m not a fan of a one-size-fits-all solution. I think it would be wrong to want to standardize everything.

Which steps need to be taken quickly in the next few weeks?

Something we need to do urgently is to leverage existing potential. It is still the case that photovoltaic production is throttled at 70% because at one point people thought the grids would not be able to cope. I don’t think this reflects reality, and we need to tap into this short-term potential. There’s also the niche topic of photovoltaics on balconies, because it is very important to include citizens and to make balcony photovoltaics simpler. Initial steps were taken as part of the Easter Package. But we really need to say: This is plug-and-play and anyone can reduce their electricity consumption by installing a PV system on their balcony. These are immediate, short-term steps that we can and must take relatively quickly.