To avoid a shortfall in electricity generation, photovoltaics and storage must be greatly expanded in Germany.

The two-day online event celebrated a successful premiere in July 2020, with strong interactive participation. It became clear how steep the learning curve is within such a dynamically innovative industry, as well as how consistently it is moving toward system solutions, new applications, evolutionary technological development and further improvements in efficiency – be it with e-mobility or water treatment, smart inverters, optimized mounting systems or high-performance cells and modules. 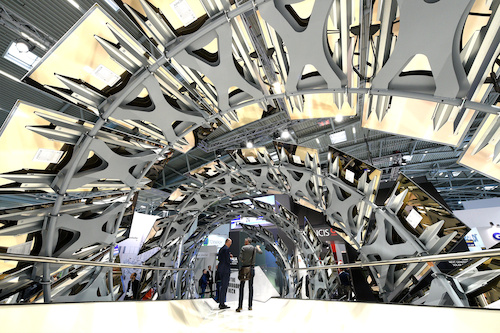 Over 30 well-known companies attended the first virtual Intersolar Innovation Day and presented their products and latest developments. There were keynote speeches by Michael Schmela from SolarPower Europe and David Wedepohl from the German Solar Association, who also engaged in discussions with participants from all over the globe.

Heterojunction technology (HJT) is the latest trend for cells and modules. Heterojunction cells achieve high efficiencies and are considered to be particularly durable, while their temperature coefficient is particularly favorable, i.e. they lose less power as the temperature rises than conventional crystalline cells. Heterojunction technology combines the advantages of crystalline silicon solar cells with those of thin-film technologies. As a result, HJT solar cells achieve the highest efficiencies while simultaneously reducing production costs.

Potential applications for PV and water

Grid-smart photovoltaics holds enormous potential for innovation. It is primarily possible thanks to the latest generation of inverters, which feature, for example, reactive power compensation for operation at night. On-site consumption can be optimized when this technology is used in combination with high-output batteries, smart charging solutions and energy management systems. For example, the latest EV chargers offer users the option to charge electric cars using only their own solar power. New potential applications are also emerging in building-integrated photovoltaics (BIPV), floating PV, agrivoltaics and wide-ranging applications related to water desalination and treatment as well as irrigation. For example, high hopes are pinned on more sustainable shrimp farms in which water pumps and water processing systems are powered by photovoltaics and the local population is supplied with excess solar power.

Due to the pandemic, The smarter E Europe and its four concurrent energy exhibitions Intersolar Europe, ees Europe, Power2Drive Europe and EM-Power Europe will no longer take place from July 21–23, 2021.

Manufacture of Photovoltaic Products in Europe is Becoming More Attractive

The rising demand for photovoltaics and decreasing costs are making the manufacture of photovoltaic products in Europe attractive.

Read more about the The smarter E AWARD finalists 2021

According to a recent study by EUPD Research, two-thirds of private households name home charging station as an important prerequisite for the purchase of an electric car. Energy suppliers won over just 42% of end consumers with their charging station offerings. Presented results are part of this year’s Energiewende Award for energy suppliers.