Explore the findings of the second report of the "Solarize Africa" series.

Fall of the 52 Gigawatt Cap for Photovoltaics

As costs continue to drop, more and more photovoltaics projects are being implemented without subsidies. In particular, the use of multi-year power purchase agreements (PPAs) to finance larger installations is growing in popularity. Between January and November 2020, PPAs amounting to more than 3 gigawatts (GW) were concluded with operators of renewable plants in Europe – a new record, even in spite of the coronavirus pandemic. 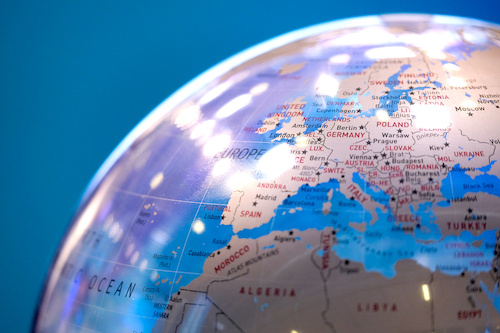 According to the European platform RE-Source, 53 percent of these PPAs were for solar power and 39 percent for wind power. In total, more than 145 PPAs for electricity from renewable energy systems were concluded in 13 European countries in recent years. Spain is the clear leader. Last year the country saw larger systems with a capacity of nearly 1.5 GW funded by PPAs. According to the EU Market Outlook 2020-2024, PV projects totaling more than 100 GW are under development in Spain.

But PPAs and the subsidy-free financing of photovoltaics projects are also on the rise in less sunny European countries such as Germany and Denmark. In Brandenburg, a major utility (EnBW) implemented a 187-megawatt (MW) solar park without funding through the German Renewable Energy Sources Act (EEG). Two additional free-standing photovoltaic installations, each with a capacity of 150 MW, are now also set to be built without subsidies in Brandenburg. EnBW will market the solar power from the subsidy-free solar parks itself, whether through PPAs, the energy exchange or as part of its own sales portfolio.

The largest project to date involving subsidy-free photovoltaics is soon set to commence in Denmark. Four solar parks with a total capacity of 415 MW are planned. Long-term purchase agreements will be used to ensure that the expected annual yield of up to 414 million kilowatt hours of solar power is delivered to consumers and companies.

Commercial demand for climate-friendly renewable energy will certainly continue to grow. 280 companies, including many based in Europe, have now joined the RE100 initiative led by the Climate Group in partnership with CDP and have agreed to transition to 100 percent renewable electricity. Among them are companies such as Allianz, BMW, Continental, Deutsche Telekom, Facebook, Google, Microsoft and Zalando.
Learn more about the latest trends in PPAs and new business models for subsidy-free photovoltaics at the upcoming Intersolar Europe 2022, from May 11–13 at Messe München.

Browse all exhibitors or use filters and search function to find exactly what your are looking for.

This second report in the "Solarize Africa" series investigates recent developments and future trends on the African continent.