How startups are driving the energy transition

The combination of photovoltaics and storage systems has become highly relevant as a result of both countries’ plans for a massive expansion of PV.

Get all the important news with the press releases from exhibitors of The smarter E Europe.

PV Production in Europe is Experiencing a Renaissance

Product innovations and optimizations, rising demand and sinking production costs are enabling solar companies to bring photovoltaic production back to Europe. This trend is further boosted by the research and mechanical engineering expertise represented on the continent as well as by problems with global supply chains stemming from the coronavirus pandemic. 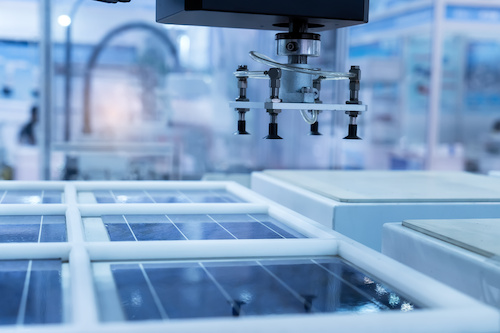 Initiatives and collaborations such as the Solar Manufacturing Accelerator scheme aim to re-establish and advance PV production in Europe. “Europe is an attractive production site, because production is environmentally friendly and profitable here and has proven feasible even without subsidies,” explains Dr. Jutta Trube, Vice Managing Director of the sector association Electronics, Micro and New Energy Production Technologies (EMINT) at the German Mechanical Engineering Industry Association (VDMA).

Swiss-based company Meyer Burger is set to build module production facilities in Freiberg (Saxony) and Bitterfeld-Wolfen (Saxony-Anhalt), which will help revive a region that used to be Germany’s solar valley. The start of production is scheduled for the first half of 2021 with an output of 400 megawatts (MW) in solar cells and 400 MW in solar modules. The plan is to expand the factory’s production to 5 gigawatts (GW) by 2026, which is expected to create as many as 3,500 direct jobs.

But this is not the only project to be realized in the former solar valley: NexWafe, a company based in Bitterfeld-Wolfen, Baden-Württemberg, is planning the cost-efficient mass production of silicon wafers, so far the most expensive component of a solar module. The start-up has developed a process which lowers silicon losses during wafer production by 90 percent. The production capacity is expected to reach 15 GW by 2026 and wafer manufacturing costs should be reduced to half of those currently incurred by leading Asian manufacturers.

Intersolar Europe, the world's leading exhibition for the solar industry, will once again give space to PV production technologies in 2022. The exhibition will take place as part of The smarter E Europe 2022 at Messe München from May 11–13, 2022.

Large-scale fossil-fueled power stations and nuclear power plants have been stabilizing the power grid until now but the energy transition is going to change that. The last nuclear reactors in Germany are due to be shut down by the end of 2022. And the plan is to phase out coal altogether by 2030. Before the war in Ukraine, gas-fired power plants were pegged as a transition technology. But now there is no choice but to rethink that strategy.